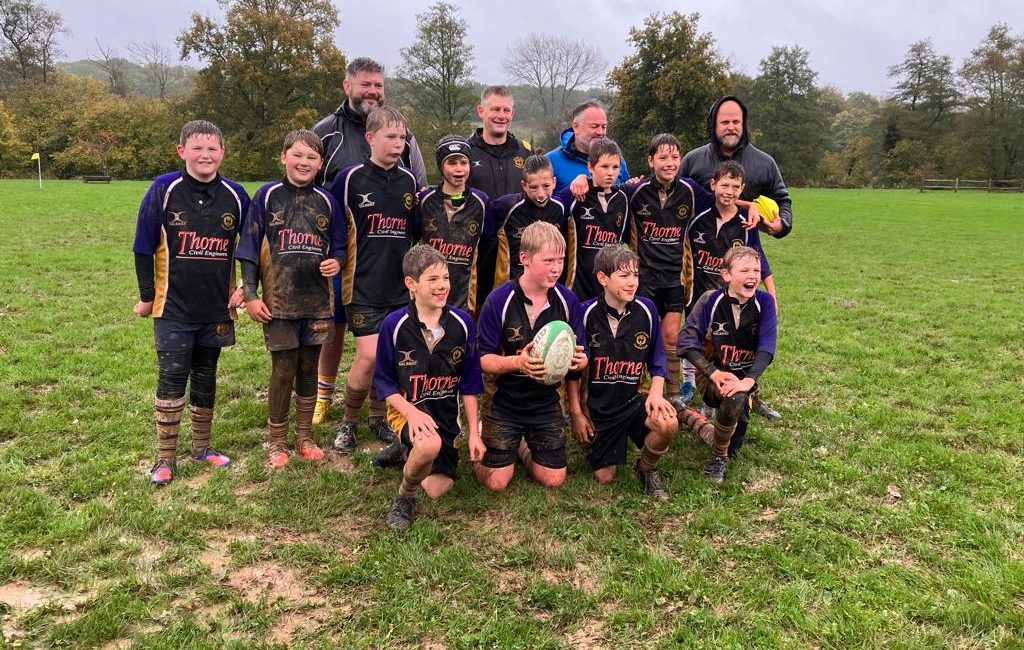 With heavy rain forecast the conditions were not great, but both teams agreed to play on.

Uckfield started the game well and were 10-0 up in the first 5 minutes. As the first half progressed the team worked hard in both attack and defense with excellent tackling and super counter-rucking leading to a further two tries ending the half 20-5.

Wary of Shoreham coming back strong in the second half, the team continued to work hard taking two scrums against the head and running in a further five well-worked tries. As the game drew close to its conclusion Shoreham scored two tries in quick succession to end the game 45-15 to Uckfield.

The team have worked really hard in training over the last few weeks and it showed on the pitch. It was a jot to warch and we are already looking forward to our next game which is away next week in Jersey!