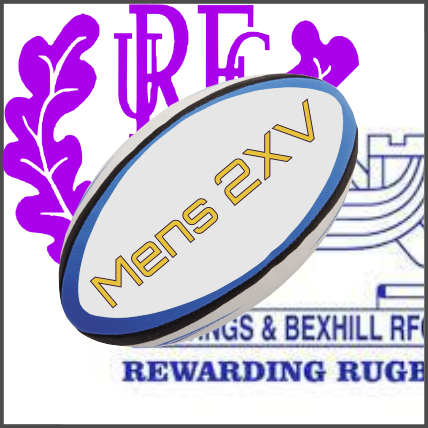 Saturday saw the Acorns welcome Hastings and Bexhill to Uckfield for the next leg of the league. Both teams evaluating each other through the warm up, trying to gauge their opponents.

With Remembrance Day, however, all players joined together in front of the club house for a stoic two-minute silence. We Will Remember Them. A round of applause signalling the end of the silence, it was time to knuckle down.

The Acorns took to the field comfortably applying pressure early on to Hastings, working it across the 22, finding a gap on the wing. However, it was not to be, a poor pass and a lucky break led to a breakaway Hastings try from their own 5 metre. The Acorns could do nothing but watch, such was the suddenness of the break away. With the try converted, Uckfield quickly found themselves down 7-0.

Again, Uckfield returned to the Hastings 22, applying great pressure, a strong defensive line, coupled with great rucking Hastings found themselves on the back foot again, but the Acorns discipline let themselves down at the breakdown, allowing Hastings to exit their half and nestle into the Uckfield 22.

A lineout stolen by Uckfield, one of many in the first half, gave Uckfield a chance to push back and regain some territory, but whether excitement or rushing we won’t know, but another wayward pass allowed Hastings to run through the middle for another breakaway try. With the conversion too, Uckfield found themselves down 14-0 with barely 20 minutes gone.

However, Uckfield had learnt where their strengths lay and were starting to increase the intensity, turning over rucks, stealing lineouts and defending like they were battling for much higher stakes.

Uckfield were inviting the penalties from Hastings and found themselves on the Hastings 5 metre with a lineout, a good set piece giving the platform for the forwards to march forward, gaining with every carry until eventually Uckfield crashed over the line. The conversion missed; the score stood now at 14-5.

Again, the kick-off and Uckfield quickly found themselves defending their lines in their own half, Ill-discipline eventually conceding a penalty in front of the sticks to Hastings which was duly converted, drawing the score to 17-5 at the break.

A rousing pep talk at half time and Uckfield came storming back, fighting every ruck, tackling hard and making Hastings earn any yards they took. The Acorns defending their 5 metre from numerous attacks in one encounter, despite giving away penalties Hastings could not find a way through, and Uckfield kicked to safety using the 50:22 rule to great effect. And now the tides turned, a good lineout set piece allowed the backs to earn a penalty on the Hastings 5 metre, taken quickly the Acorns had another, with the conversion to boot the scores were now 17-12.

Uckfield sensed the momentum and only spurred them on more, attacking the Hastings line for the majority of the second half, counter-rucking and fighting for every metre. However, Hastings again pushed into the Uckfield half, I’ll discipline getting the better of the Acorns, Hastings were able to add another penalty to their tally, now 20-12.

Into the last 10 the match went, Uckfield pushing hard to get the scores that would earn them a well-deserved win. Hastings putting up a terrific defence as an Acorns try was held up under the sticks. This gave Hastings the chance to clear their lines but not for long as the Uckfield forwards battered their way through to finish in the dying seconds of the match. An unfortunately missed conversion meant the final score was 20-17 as both teams headed to the clubhouse for a well-deserved pint.