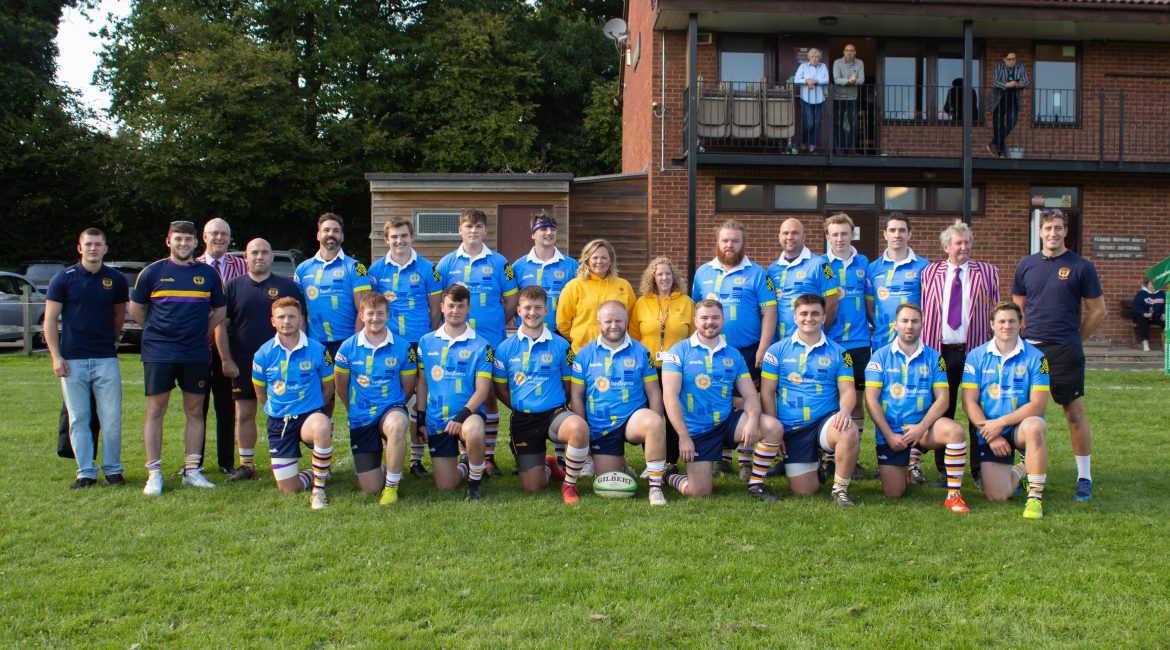 This weekend saw the first double header of the season with both the first and second XVs at home.

An impressive turnout for the pre-match league lunch meant that the balcony and sidelines were a hive of activity for both matches.

The first XV hosted Haywards Heath, a league fixture which was last seen more then 2 decades ago.

The Acorns started positively and applied the pressure from the start with a superb kick chase pining Heath deep inside their own half. Some well organised defence and attack resulted in this pressure leading to a penalty Infront of the posts which C. Buckland successfully converted.

A scrum penalty allowed heath to make ground and kick to the corner. The resulting lineout lead to them crossing the whitewash for the first try of the day (followed by a successful conversion).

The half then had smattere of flowing rugby for both sides however, too many errors from both sides lead to play being halted on several occasions.

Following some great attacking rugby where the Acorns spread the ball from left to right and then back again the hole side found themselves deep inside the opposition 22, when sadly a knock on slowed proceedings. The Acorns forward pack shunted Heath backwards forcing the 9 to rush a clearance kick which was expertly gathered by C. Harvey who danced his way down the left wing and scored Uckfield’s first try of the game. C. Buckland slotted the resulting conversation with ease.

With 5 minutes left in the first half the Acorns were refused to 14 men when T. Lightfoot was given a yellow card. The half ended with Uckfield in the lead 10-7.

The second half started much like the first, with Uckfield producing some flowing rugby and putting Heath on the defence.

A successful clearance kick from Heath allowed them to clear their lines and send the Acorns back deep within their own 22. Some well organised defence resulted in a goal line drop out and a chance to regroup.

The Acorns then returned to a full 15 with the return of T. Lightfoot and a replacement seeing C. Marshall enter the field for T. Booth in the back row.
With the pack back to full strength they were able to apply pressure on the Heath scrum providing a solid platform for the backs to build from.

Following a dominant scrum from the Acorns pack the backs were able to spread the play from left to right. It was then a moment of class from the senior professionals which lead to the try of the match. Second row S. Hartfield made a darting run, rounding 2 defenders before offloading to T. Funnell who steamrollered his way towards the try line. It took 4 men to finally halt T. Funnell’s advances 5m shy of the line, he then popped the ball up to T. Lightfoot who then crossed the try line for Uckfield’s second score of the afternoon out in the corner.

Uckfield then pulled together and were able to close out the game finishing victorious with a well deserved win of 15-7.

Thank you to Haywards Heath RFC for such a fantastic display of rugby .

Man of the match S. Hartfield